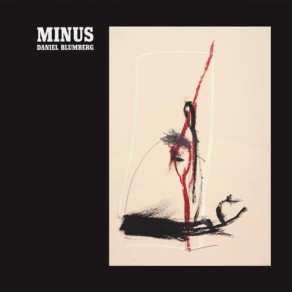 Daniel Blumberg first entered my radar roundabout 2007 when he was part of indie band Cajun Dance Party, then when they split Blumberg joined Yuck. After that there were solo projects under different monikers and collaborations with Low and Lambchop which brings us to 2018 where Blumberg has finally released a solo album under his own name.

Minus is a confessional album. Blumberg has bared all his demons, unleashed his past and worn his heart on his proverbial sleeve. Generally these sort of records can be too introspective but here it’s different.

Being someone who is used to Blumberg’s particular brand of noisy indie rock I was surprised that Minus contains a mixture of beautiful sounding music mixed with pure ugliness. Each track is a rick musical palette of violins, pedal steel and pianos but then there’s the squalling feedback, furious drumming and distorted guitars (this can be seen on Madder). It is unique.

Probably the closest I can compare the music is the artier moments of Talk Talk mashed with the quieter moments of The Dirty Three (which makes sense as  Dirty Three’s drummer, Jim White also is the drummer of this project)

Despite the fact that Minus is experimental it is oddly melodic. Over the past three weeks I have been humming these tunes. Obviously these are not tracks that make you want to shake your feet on the dancefloor but these songs will stick in your head. The title track’s refrain, Minus the intent with you just wedges itself in your brain. Permanent is like a warped nursery rhyme. Stacked was made for swaying along and the closer, Used to be Older employs a choir and it is spine tingling.

It takes talent to mix melody with distortion so effortlessly and Blumberg has tons of that. It seems that with Minus both lyrically and musically  Blumberg has shed his past and is heading out to new challenging territories and yet his knack for writing a tune has not departed and here’s to hoping that he pushes boundaries some more but retain the catchier side of his music.

This site uses Akismet to reduce spam. Learn how your comment data is processed.