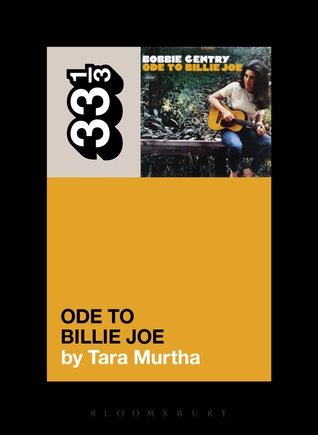 This review was originally on Goodreads.

One thing I admire about the 33 1/3 series is how the authors approach an album. In the case of Bobbie Gentry’s Ode to Billie Joe, we readers get a very well researched history about Bobbie Gentry including her reclusive way of living , the making of THAT hit song and then background (rather than technical details) about the album and then Gentry’s foray into directing.

The overall picture is that Bobbie Gentry was a woman who had to fight her way in a male dominated business and, not only survived, but proved that she was better. Unlike most country folk stars she chose the producer and had a say and also she was in control of her image (something rare back then)

Some of the better 33 1/3 volumes are the ones that convince me to listen to the album and this one made me, so I guess, in my case, that’s a winner. Saying that the 33 1/3 consistent and this volume is another one worth reading.